Chambers congratulates Sharin Diegan who recently returned safely having climbed Mount Kilimanjaro, reaching the summit at Uhuru Peak in the early morning on the 17th July 2019 after five days of climbing.

Sharin began her route, starting at Machame Gate, then onto Machame Camp, Shira Camp, Barranco Camp and Barafu Camp to Uhuru Peak before descending over two days and ending her climb at Mweka Gate.

Mount Kilimanjaro is the highest mountain in Africa, with its summit at 5,895 metres above sea level. The high altitude, certainly for someone who lives very much at sea level, presented some challenges but Sharin is very happy to be able to say that she reached the summit in what she has said was one of the hardest challenges she has faced so far. 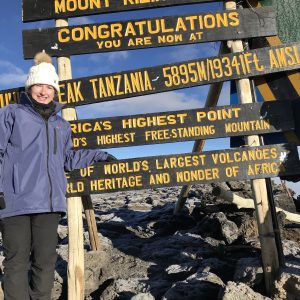